Founder of Africa’s Bokeh Fashion Film Festival, Adrian Lazarus has made his initial dream a reality. His first festival which was held in Cape Town last year proved to be a resounding success resulting in international acclaim and a massive submission of new entrants eager to gain access to this dynamic showcasing platform. The audience connects with the film on an emotional level, giving personal relevance to the brand and deepening the level of engagement.

Fashion Film is the hottest new marketing genre pioneered by fashion icons such as Karl Lagerfeld, Bruce Webber and David Simms. It is fast gaining traction with top fashion houses, brand and sponsors as a way of exposing their brand and new ranges to a global audience, while encouraging the viewer to engage with the DNA behind the fashion label.

We ask Festival Director, Adrian Lazarus what to expect in 2015. 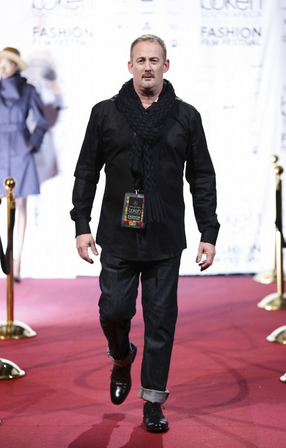 This year I am more focused on the curation process and the compiling of the entertainment and guest speakers. Last year I needed to prove to everyone that the concept was a sound one and that took some doing. Now that we are
more established, I can focus on offering our guests a total experience, where we can share the beauty of fashion film and promote the genre to a wider audience.

We have collaborated with a fashion designer from Mauritius this year and are excited that the Cape Town Fashion Council is appointing 12 new Designers for the pop-up designer store area and the fashion shows. We have confirmations from many new film makers and their cast that they will be attending.
They are coming in from Switzerland, The USA, Mexico, Germany and Norway to name a few.

Everyone has been so positive – the new genre allows for more productions being shot which in turn translates into more opportunity to be involved. These mini film shoots all require film makers, stylists and designers to be involved.
The 2014 event was a resounding success with everyone loving its fresh approach and luxurious style.

The festival is being held at  African Pride, 15 on Orange Hotel, and will once again be split into two parts.

Day-time events include fabulous guest speakers including experts from Adobe in the UK, who will give masterclasses on editing software and multi-cam shoots and the most beautiful filming locations in the Cape will be showcased by Amazing Spaces. The Cape Town Fashion Council will host top local and international designer pop up retail stores, 10 Fashion Show Installations in the evenings, and a round table discussion with industry leaders. Mac and Ghd will offer free hair and makeovers all day. A live film shoot will be shot in front of the audience onto large screens so they can see how the footage is composited to the final product.

Night-time events include hosting the most glamorous Red Carpet Gala evening including an 18 Piece Swing Orchestra and the worlds best fashion films all on large UHD Hisense screens.The festival will have drag queens, ballet dancers and will feature the German piano great, Joja Wendt. see press release for more details 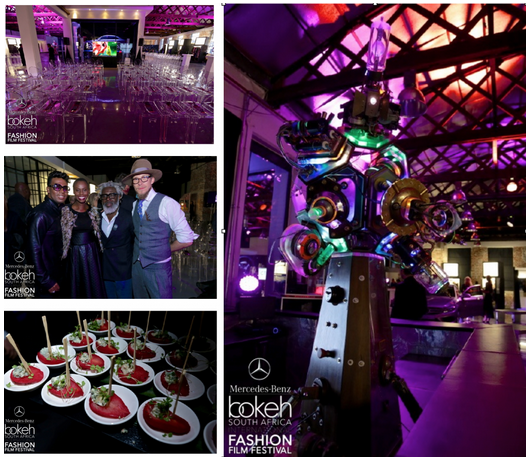 I think the role of Fashion and Film in South Africa go hand in hand.  As has been seen time and again, the fashion designers take the lead and point society in new directions all the time.  Film on the other hand celebrates this new direction to a larger audience.As industries, they both offer South Africans a wonderful chance at meaningful employment and a way to celebrate your own creativity.
We have both world class designers and film makers in South Africa, and the rest of the world knows this already and are taking advantage of our skills and resources.

For entrants to this years Bokeh Fashion Festival –
-Rule number one: Keep your film short – no more than 1 and a half minutes.
-Rule number two: Your film should have a point. Have at least some narrative. Don’t underestimate your audiences’ intelligence.
-Rule number three: Read the brief on the Bokeh website, include a Mercedes-Benz in your shoot and stand in line to win $10 000