“Its about reputation, aesthetic, empowering women, changing peoples lives and its what David Tlale believes in”, David Tlale, creator and designer of DAVID TLALE, highlights the synergy, and mutual sentiment of the DAVID TLALE X AVON collaboration. Style Africa digs deep into the heart of the EXOTIC summer collection with David Tlale and Avon .

“Watch Me Now sends the message that AVON exists to empower and enable women on their journey to self-actualisation.” says Mafahle Mareletse, Managing Director of AVON JUSTINE in Africa, Turkey and the Middle East. “Our role is to walk beside women as they become the people they want and are meant to be; the heroes of their own stories.”

David echoes these sentiments, embracing the honour of working with one of the top beauty brands globally, and expresses his gratitude to AVON for entrusting DAVID TLALE with their brand.

He recalls his “WATCH ME NOW” journey of self-actualisation and the consistency of empowering women, “DAVID TLALE started with a few women who began with us and has now grown into many more women in the company. We started very small as a brand ‘DAVID TLALE’ and have now become a global brand; selling in Africa and the US. AVON collaborating with DAVID TLALE has elevated the brand and what we stand for.”

Collaborating with a superstar like DAVID TLALE, made people look at us with different eyes to say ‘WOW ‘can AVON really be so special that it can actually collaborate and have a partnership with somebody like David Tlale. It really made people WATCH US NOW and look at us differently.

In many parts of the world people don’t know the high quality of AVON – At a 135 years old, we are saying WATCH ME NOW!

Mafahle points out that it is their 2nd collaboration with David Tlale. “Avon is about empowerment of women. Not only by giving women the opportunity to generate an income and start their own business by selling AVON products, but by democratising beauty. We produce and sell extremely high quality beauty products at very affordable prices, so that more women can have access to quality beauty products no matter what stage they are in life. “

AVON has a broad range of products which extends beyond cosmetic beauty, and includes fashion and home products. On looking into collaborations Mafahle states ” We looked globally for collaborations with fashion designers and were very fortunate that David Tlale agreed to collaborate with us. The collaboration with David Tlale has really made DAVID TLALE accessible. Today top fashion designers globally are able to design at different levels in society. So we are giving David Tlale the opportunity to design and take his brand to areas he would not have been able to; with AVON. When you take David Tlales’ work; which is something that is creative, that’s very special, and you combine it with the commercial scale that AVON has, you really create magic.”

INSPIRING OUR CREATIVES TO LIVE BOLDLY

I’M GRATEFUL that the pandemic has allowed us to look within. What do we have in our country, what do we have within our community, what can we do, what can we create, to make sure that we are still able to excite people and excite peoples wardrobes and more than anything else make sure that they sell amazing. LOOK at what we are able to create and never stop believing and following your gut. Hold your position as an artist, and give hope to the younger generations. Keep dreaming, keep believing and raising the SA flag. Show the world what you are capable of. The collaboration between DAVID TlALE X AVON is a true testimony of WATCH ME NOW

We’ve now come back full circle: Its about creating micro businesses its about entrepreneurs and the collaboration with DAVID TLALE is not just about AVON and elevating our brands. Its about empowering women. 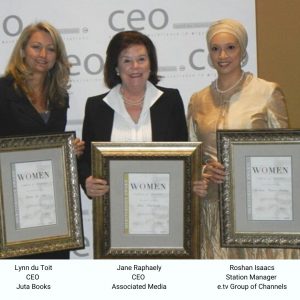 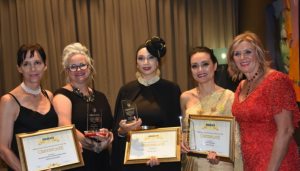