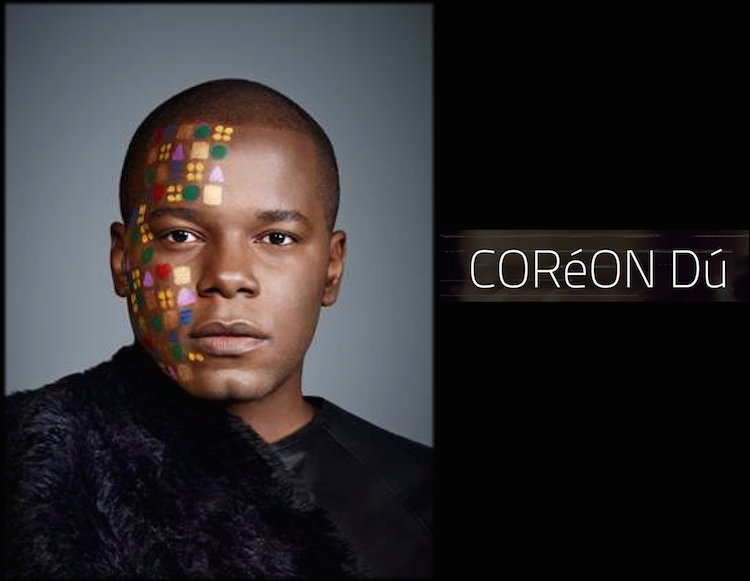 Coréon Dú, an enigmatic multi-media artist, known for generating groundbreaking pop-culture phenomena in his native Angola and in the Latin world is bringing his new album, Binario, in South Africa.

Though this US-raised Angolan artist, has recently become known for his music career, Coréon Dú is also being feted for his critically acclaimed work as a creative director, writer and producer for film and television of the International Emmy Nominated soap opera, “Windeck”.

Coréon ìs  turning heads for his unique sense of style and eye for fashion whether it is with his daring street style or scouting fashion’s next supermodel (he unearthed beauties such as international runway stars Amilna Estevao , Mauza Antonio and Maria Borges ).

Inspired by his own fans’ requests for his stage and street looks,

available in Angola and select African territories, with a growing demand in the new territories where Coréon’s art and style are being discovered.   WeDú by Coréon Dú will also open an online store shortly. 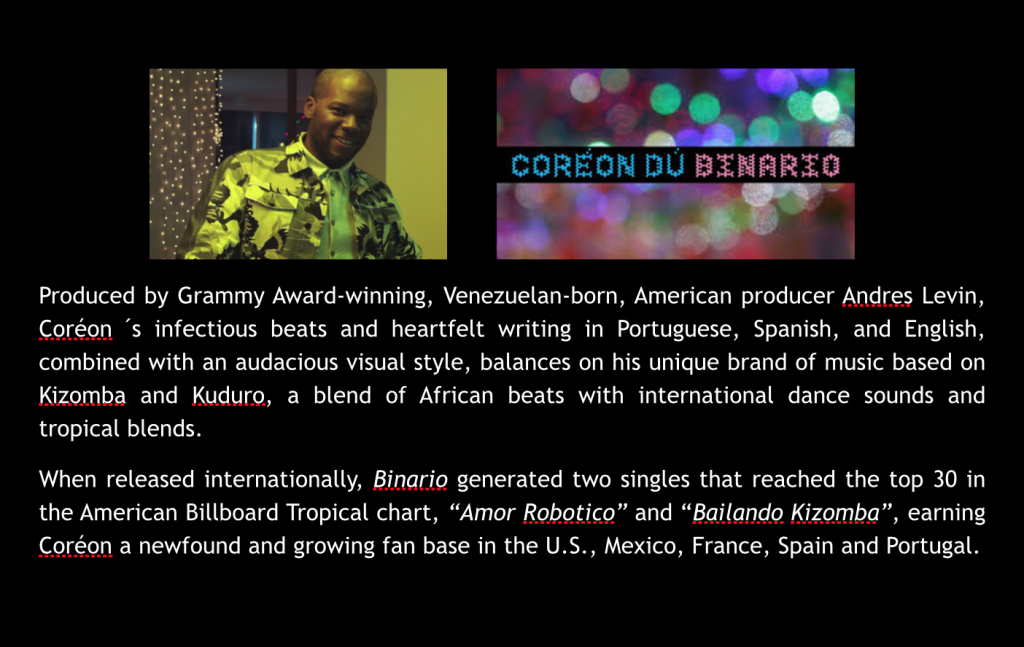 JOIN OUR TRIBE OF STYLE AFRICANS 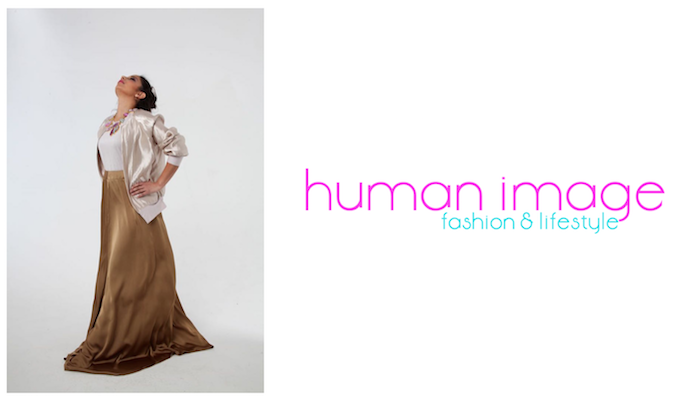 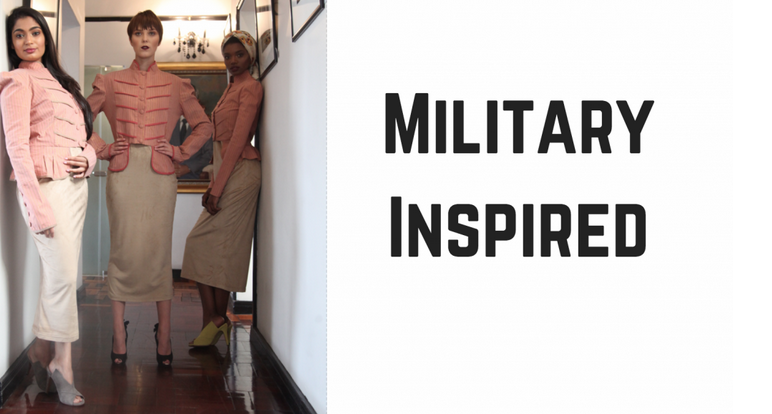 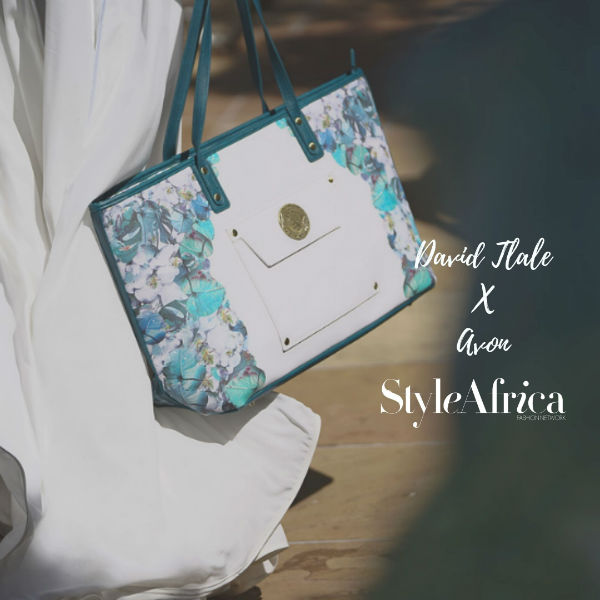