South African Designers have been inspired by the country’s arts, culture and something peculiar to a particular tribe and created designs and garments from such to be projected to the whole world.

One of the South African designers who has been able to create amazing pieces is Laduma Ngxokolo, who is one of Africa’s finest textile and knitwear designer inspired by the Xhosa tribe’s beadwork. His knitwear collection brought colour into the world of knitwear and  because of this received numerous awards, most of which were international awards. His works have also attracted lovers of fashion not only here in South Africa but in other parts of the world such as Italy, Amsterdam, Paris, London, New York etc.

As an award winning brand, he was the first South African Designer to singlehandedly showcase his brand at the Mercedes Benz New York fashion show.

He is a Designer who is not only for himself, but has taken it upon himself to contribute to the future of fashion design in South Africa by investing in Fashion Design students, a project he called “The Intern”.

He believes South African Designers have the capacity to be excellent and also produce high standard garments, so he coaches these students over a period of time, taking them through the drills of making exceptional pieces, after which he gives them a platform to showcase what they have worked on. 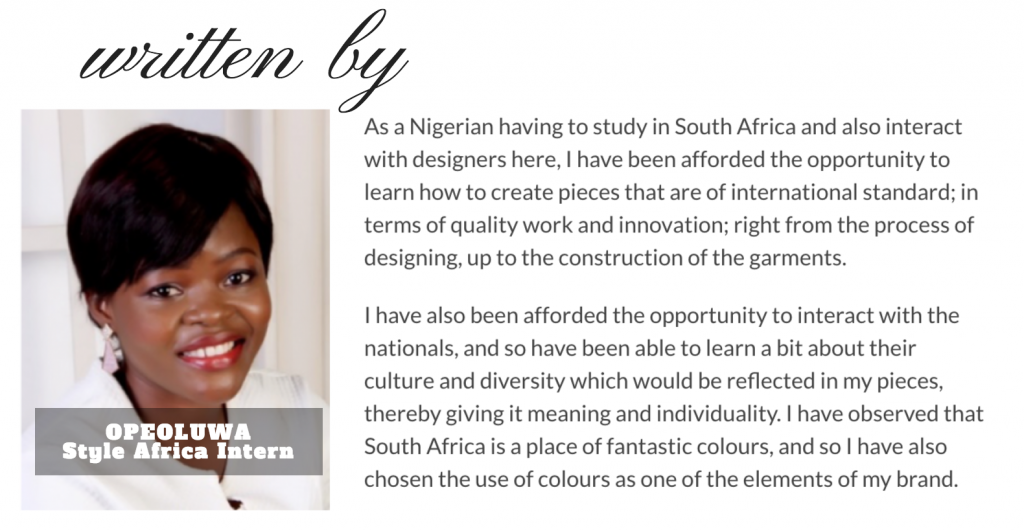